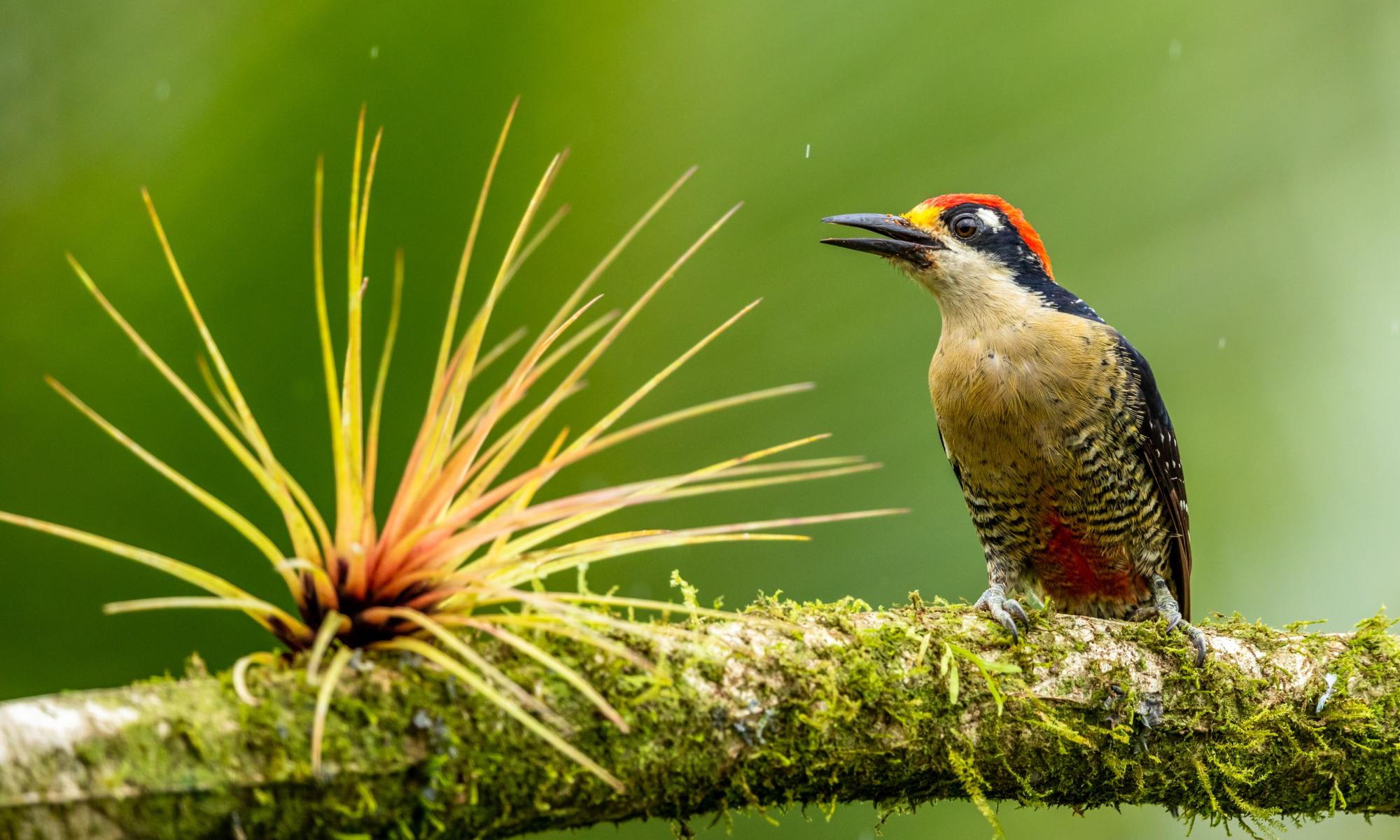 Costa Rica has long been considered something of an “ecolaboratory” wherein cutting-edge conservation strategies are tested and refined for emulation elsewhere. One of the main strategies developed in this way has been nature-based tourism, leading ecotourism guru Martha Honey to indeed label the country “ecotourism’s poster child.” As throughout the world, in Costa Rica ecotourism has become one of the most popular and widespread mechanisms for both funding conservation efforts and attaining local buy-in. This second aim is commonly grounded in what Honey calls the “stakeholder thesis” holding that “people will protect what they receive value from.” In this sense, ecotourism is considered part of a suite of “market-based instruments” (MBIs) intended as a “soft” form of conservation to replace the more hardnosed “fortress” approach associated with traditional protected area enforcement, the negative social impacts of which have inspired widespread criticism.

While ecotourism has been widely pronounced a resounding success in this regard, within Costa Rica as elsewhere, in reality the relationship between conservation and ecotourism in the country has been far more complicated than this popular depiction suggests. Given the country’s status as an important ecolaboratory, this reality may hold important lessons for the promotion of ecotourism as a conservation strategy more generally. Appreciating these lessons requires a trip back in time to the beginning of the country’s conservation movement.

In 1969, two young biologists named Mario Boza and Alvaro Ugalde were placed in change of Costa Rica’s fledgling National Park Service and immediately set to work identifying and expropriating representative parcels of land throughout the country to place under state protection. The first in a generation of home-grown conservationists, Boza and Ugalde had been inspired and trained by foreign biologists doing research in the country who had drawn their attention to both the spectacular diversity and highly endangered status of their patrimonial resources. Recognizing the urgency of their mission in the face of rapidly expanding agricultural interests, the two men used whatever creative means at their disposal to lay claim to the land they targeted. As Boza explained, “the idea was to seize any favorable opportunities or circumstances that came up, even unexpectedly, to invent a thousand and one tricks to get what we needed.” In an interview, Ugalde later recalled that “we went park after park. Whether it started for turtles, or for historic reasons, or whatever opportunity came, we could say … we need a piece as big as possible for every ecosystem in the country. So if there was an opportunity, take it. Because we don’t have it in the system.”

From the outset, however, Boza and Ugalde were divided in their vision concerning how tourism should function in relation to conservation. Boza, who had modeled his own approach on the highly visitor-oriented US National Park system, saw tourism revenue as an important support for Costa Rica’s own protected areas. Hence, from the beginning he had asserted, “Although from a commercial viewpoint parks might seem an unnecessary investment, they could become one of the major sources of revenue for the nation.” But Ugalde, who replaced Boza as Park Service Director in 1974, wanted a park system solely dedicated to biodiversity preservation. “I will not resort to tourism as a way to maintain parks,” he told reporters in 1982. “Management of the ecosystem in parks in perpetuity is the Park Service’s main goal.”

A similar tension to that embodied in the divergent attitudes of these two conservation godfathers has been present in the country’s approach to linking conservation and ecotourism ever since. Nowhere is this tension more evident than in the Osa Peninsula, a southwest province widely considered one of the world’s great conservation hotspots and a prime ecotourism destination. On the peninsula’s western flank, Corcovado National Park harbours 42,200 hectares of some of the last lowland tropical wet rainforest remaining in Central America. Praised as the “crown jewel” of the country’s national park system and “the most biologically intense place on earth,” Corcovado contains nearly half of all the biodiversity found throughout the country, including high rates of endemism and almost every species of endangered megafauna.

Created in 1975, the park required forcible eviction of some 300 people who had been homesteading the unused land, and from whom the national government sought to defend the forest in classic fortress fashion. The result was a significant number of resentful residents living adjacent to (and in some cases within) the newly created park. Poaching, in the form of illicit logging, hunting, and gold mining, thus became an immediate problem.

To counter this, conservationists sought to introduce forms of income generation linked to conservation to demonstrate the economic benefits locals could derive from the park by leaving its resources intact. As elsewhere in the country, the main strategy for this has been the promotion of ecotourism. Such promotion is commonly framed in explicit “stakeholder” terms. As an example, Lapa Ríos (a world-renowned ecolodge in southern Osa) describes its mission as demonstrating to local residents that “A Rainforest Left Standing is Worth More Than One Cut Down.”

On the surface, this strategy seems to have worked well. Corcovado Park has thrived over the years and conservation has expanded throughout much of the rest of the peninsula too. Involvement in ecotourism has substantially increased many local residents’ income, conservation consciousness and fostered a positive attitude towards conservation generally. Partly reversing his earlier views, Ugalde thus related,

Yet when one digs deeper, this common framing of ecotourism as a driving force for peninsula conservation becomes questionable. First, many local residents in fact consider “legal restrictions as the most influential factor in declining deforestation and hunting rates and give tourism only minimal credit for these changes.” There is also an important question of causality with respect to conservation directly linked with ecotourism. As throughout the country, peninsula ecotourism is dominated by foreign, generally North American entrepreneurs, most of whom claim to be motivated less by simple profit motives than a conservation ethic that they hope to translate into a sustainable livelihood. As Lapa Ríos’ (North American) owners explain,

‘The most important goal of the Lapa Ríos project is to ensure the preservation of the primary forest reserve in perpetuity. This goal was the motivation to create Lapa Ríos and it remains the principal goal … With this as the “ends” goal, the “means” to achieving it is running a high quality profitable ecolodge operation.‘

Foreigners’ dominance of peninsula ecotourism also has significant social and economic implications. Outsiders’ superior access vis-à-vis locals to economic and—equally importantly—cultural capital concerning how to identify potential ecotourism sites and design facilities that satisfy clients’ expectations, has resulted in “a three-tiered model” of ecotourism participation. The top tier is dominated by a small number of largely foreign-owned ecolodges; the middle tier composed of hostels catering to budget travelers and backpackers; and the bottom tier occupied by local residents employed as cooks, maids, handymen, caretakers, guides and so forth by the elite ecolodges. While generating revenue for a substantial portion of the peninsula’s population, therefore, ecotourism has also reinforced both a longstanding pattern of inequality and a more recent trend towards increasing foreign control of local land. Qualifying his earlier assertions of the local benefits of ecotourism development, Ugalde indeed acknowledged, “This doesn’t mean that the dollar is well distributed. The dollar is very well distributed among the wealthy. Those who own the hotels … are making a lot of money; that doesn’t mean the communities are making a lot of money. We still have a problem there.” Even among locals, success in ecotourism is biased towards those who are already relatively well off and thus have the land and capital needed to develop their own enterprises.

The Fortress Strikes Back

While conservation has indeed been relatively successful in the peninsula, consequently, very little of this seems to be due to ecotourism per se. Rather, the main source of conservation appears to be the very fortress-style protected area enforcement that ecotourism and other MBIs were designed to replace. The peninsula’s second most significant source of conservation, meanwhile, appears to be the purchase of large parcels of land by wealthy outsiders, mostly foreigners, for protection as private reserves, creating what has been described as a “landed conservation gentry.” Yet this has resulted in a substantial increase in area land prices, such that most locals have now been priced out of the market (including those interested in starting their own ecotourism businesses now). As one local entrepreneur, owner of a model ecolodge he developed on his family’s property near Corcovado’s eastern entrance, explains, “The example of the owners of the farms ending up being the gardeners, or working for what used to be their farm, is very common in these areas. The worst thing is, once you sell you can never buy.”

Similar dynamics are also present throughout the rest of the country. What this situation suggests, in sum, is that fortress-style conservation policies are in fact responsible for much of the conservation success for which Costa Rica is widely celebrated, and for which ecotourism and other MBIs are often mistakenly credited. From this perspective, successful ecotourism has been more of a biproduct of than a motive for conservation. Kenyan conservationist Mordecai Ogada reaches a similar conclusion concerning conservation in his own country, asserting, “Let’s not pretend at any point that tourists are the ones that look after our wildlife. Our wildlife is looked after by our people, our wildlife rangers, and those mandated by government to care for them.”

Particularly in the face of the travel restrictions imposed by the COVID-19 pandemic, ecotourism’s sustainability as a key conservation strategy has been called into question as the income generated from tourist arrivals has all but dried up in conservation spaces worldwide. What continues to sustain conservation is therefore the direct investments in protected area enforcement that have always formed the backbone of the global conservation movement. Yet the social impacts of this enforcement continue to be problematic. Moreover, this defensive approach to conservation cannot persevere for long on its own. As we have previously described, it is akin to mopping a floor while the tap is still running.

For conservation to continue to succeed in the future in a way that promotes rather than undermines social justice, it must move beyond both protected areas and reliance on MBIs like ecotourism. It must also directly confront the economic forces that threaten conservation efforts and the powerful set of actors directing these. Elsewhere we outline a model for such an approach, which we call “convivial conservation.” Operationalizing this approach will certainly not be easy, but the stakes could not be higher.

Robert Fletcher is a political ecologist at Wageningen University. He has recently co-edited a book entitled The Ecolaboratory: Environmental Governance and Economic Development in Costa Rica (The University of Arizona Press)